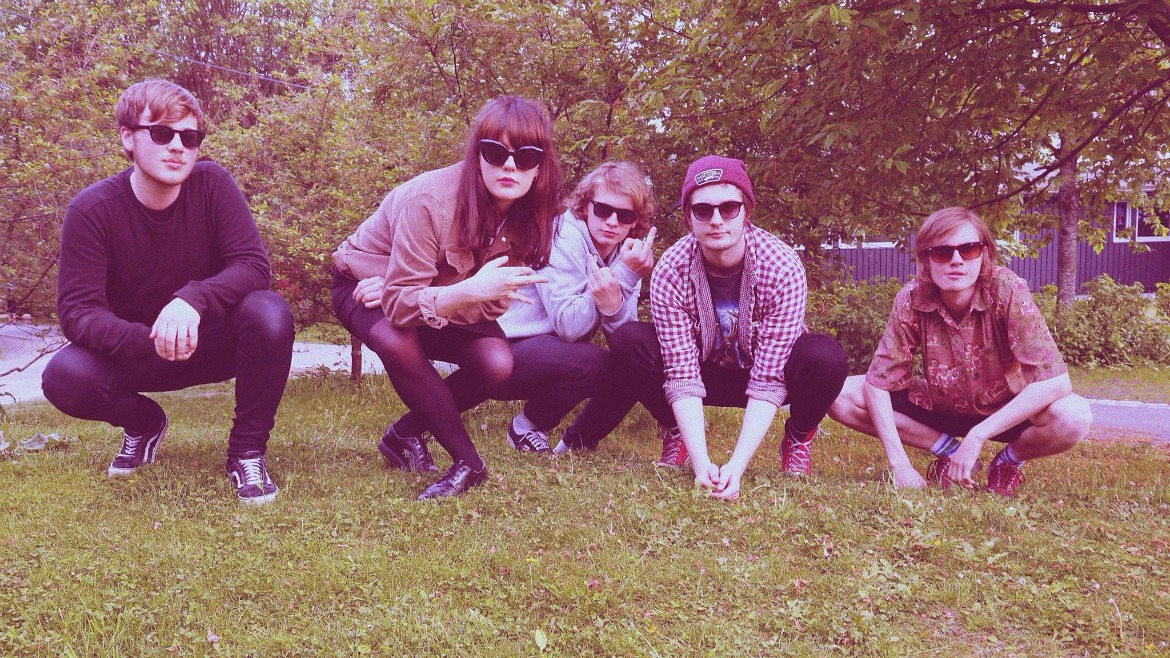 On July, we posted on our website your clip for your song “There Is Somewhere You Need To Be”, why you choose this as single? Do you think that captures the essence of your LP?
We chose «There Is Somewhere You Need To Be», because it’s different from the other songs on the EP. More up beat and rock’n’roll, in a way. Maybe people will be left in an awe when they hear the whole thing or maybe they won’t. I don’t know. But so far it seems like people like what they’ve heard so far – and that’s pretty rad.

What can you tell us about the clip?
The clip is from after a rehearsal we had, one nice summer night. After seeing it a couple of times just now, it looks like we’re a bunch of kids drinking beer all the time. But actually, we’re nice people, I promise.

This month you are introducing yourselves with your debut EP. For those who don’t know you, what are the origins of this Project?
To be honest I started FOAMMM one summer, after being a bit depressed for some time. It was my way of expressing what I felt during that time, and getting on with my life. That’s probably why some of our songs has this melancholic expression. I think it’s very important to be open about things like that, especially when it comes to music, art or literature, but also in life, because it’s something you give from yourself to people you, in most cases, don’t know. I have previously played in other bands and projects, but FOAMMM has absolutely become one of my dearest things in life. The other guys in the band are the best people ever. It’s just this really good connection and I think you can see that in what we develop in our music. We found each other for a reason and I think it comes from the lust of creating something nice together

Dive Into The FOAMMM is your introduction project. How was the recording process like?
Finally recording it, one-two years after it was written, was really cool. We were in a great studio with a very talented producer, Morten Øby. That dude is wild. It was really great working with him.

What about the work previous to it?
We’ve started to write and compose songs together now, and it has really made us find our own sound. Our musical expression has changed quite a lot since we first started out. It was more noisy and garage before, but now it’s more slack, harmonic and dreamy I guess. Recently, we wrote a song about the Hobbits going to Isengard, for those who likes that.

I’d like to go a Little deeper on the previous question knowing your rehearsal dynamics. Do you like to do it with the songs already closed? Do you all participate in the process?
Not really. You have Internet and everything’s in your face all day. It’s hard to miss out on anything really. And that’s kind of sad. People should spend more time outside and just ~ zen ~ with nothing but themselves, I think. It’s pretty nice if you try

Being this one of your first works I’d like to ask you about the intern management of the band. Is it hard to let know a project like yours nowadays? What are you finding harder, getting gigsor finding your spot on the press?
We’ve been very lucky. Not to sound like a massive douche, but we haven’t done much to get to where we are today. We’ve just been playing shows and posting weird photos on our Instagram, but we are really grateful for the response and that people comes to our shows, buys our merch and hangs out with us afterwards. Thanks a dolla dolla bill, yo!

Do you manage by yourselves the promotion of your projects?
We have a great record label, Sheep Chase Records, that has helped us a lot to make all this happen. We’re feeling very lucky that he, Terje Ekrene Vik, found us. And we always promote on da web, to put it like that.

What can you tell us about the artwork?
I made the artwork and Daniel, that plays the synth, made the cover under highly pressure. I think it covers the essence of us, in a way. That dreamy, wavy vibe

You will be playing in Oslo in September the 13th and I think you´re going to play some festivals next October. How do you feel playing live right now? Have you got more dates in Europe?
It’s really great to play live! We’re getting used to it more and more now, and we’re playing more often than we used to in the start, so it’s much easier and fun now that we have gotten into some sort of flow. I remember, though, that I thought it was really scary in the start. Mostly because I was scared I would end up being a front figure that always told lame jokes between the songs. And I have become that person now, but I accept it, ha ha.

What about going outside, any tour on the what? What do you like taking on tour?
We are eager to play Europe, but we haven’t got anything planned just yet. It would be so cool to play at places like Sidecar in Barcelona or TAPE in Aarhus, Denmark, along with other great cities and countries and kingdoms and planets. Maybe we’ll get some dates after the EP is released. That would be really great!